Mutations of genes involved in the DNA damage repair and signaling are responsible in human for the occurrence of autosomal recessive disorders such as Ataxia-Telangiectasia (A-T), Nijmegen breakage syndrome (NBS) Li-Fraumeni syndrome or Lynch syndrome. Most of them are cancer prone syndromes exhibiting a large spectrum of tumours including lymphoma, breast and ovarian carcinoma and to a less extend pancreas. Interestingly some of this syndromes such as A-T are also associated with a high risk of developing diabetes and mutations in ATM, BRCA2, orTP53 have been found in familial pancreatic cancer but also in sporadic pancreatic ductal adenocarcinoma (PDAC).

Altogether, these data suggest that DNA damage response genes are not only playing a critical role in the etiology of tumour but could be essential for the normal development and ageing of the pancreas. Therefore, the goal of the research group is to acquire a better knowledge on the causes of the pancreatic diseases associated with DNA repair/ signaling deficiency using mouse models but also human DNA repair deficient-PDAC organoids and cells. On longer perspectives, the group is committed to transfer this knowledge to develop personalized therapies against PDAC for patients with DNA
repair-deficiency. 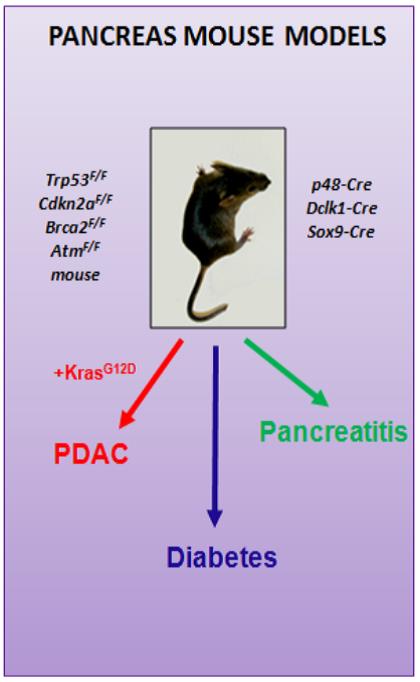 Johann Gout obtained his PhD in December 2007 from the University of Lyon (France), where he studied the control of the expression of genes encoding the melanocortinergic system in different hormonal and nutritional conditions. He subsequently performed a postdoctoral training on microRNAs involved in tumoral angiogenesis, in the GIGA Institute of the University of Liège (Belgium). His second postdoctorate in the Cancer Research Center of Lyon (France) focused on the role of TGFbeta in the complex dialogue between stroma and pancreatic cancer cells. Joining the „Pancreatic Cancer“ Group in February 2017, he is currently working on genetically engineered mouse models to study pancreatic cancer development

Lukas Perkhofer has been trained as an MD and graduated in 2010. Since 2010 he works as a resident in the Department of Internal Medicine 1 in Ulm (Head: Prof. Dr. Seufferlein). He obtained his doctoral grade (Dr. med.)
in the research group of Prof. Dr. Kleger. As a clinician scientist he focuses on pancreatic cancer development, resistances and evolving therapy strategies. His scientific development was guaranteed by a fellowship of the Else Kröner Fresenius Stiftung. For his work on ATM-mutated pancreatic cancer and therapy strategies he was awarded with the Martin Gülzow-Award from the DGVS.

Dr. Elodie Roger completed her Master degree in 2016 from the University of Lyon (France), with a specialization in the field of cancer biology, her master thesis having been focused on the study of the pancreatic cancer microenvironment. She obtained a PhD fellowship from the French ministry of Higher Education, Research and Innovation, allowing her to investigate the role of the TGF-beta in the dialogue between Schwann cells and pancreatic tumor cells. Joining the “Pancreatic cancer group”, after she obtained her PhD in September 2019, she is currently working on molecular and cellular aspects aiming to model and understand pancreatic tumor development.

The role of DKK3 in murine pancreatic cancer

Frank Arnold has been trained in the field of Pharmaceutical Biotechnology. In 2017, he obtained the degree "Master of Science" in Biotechnology/ Bioengineering at the University of Applied Sciences Weihenstephan Triesdorf. He completed his Master programme with the Master-Thesis "Novel mechanistic insights in the tetraspanin CD37 in human B-cells by single point mutation" at the Department of Tumor Immunology at Radboud Medical University in Nijmegen and was also awarded with the "Kulturpreis Bayern 2017". As member of the HEIST (Heterogeneity and Evolution In Solid Tumours) Research Training Group, he started his PhD in April 2017 at the International Graduate School in Molecular Medicine, University of Ulm in the laboratory of Prof. Dr. Alexander Kleger to study the complexity of pancreatic cancer.

Ralf Köhntop is for over 10 years working at the Department of Internal Medicine 1 and defines continuity in stem cell research at the Kleger Lab. He harbours all skills for human PSC differentiation and culture in the lab and is just a superb technician. He contributed to all cited projects where the PI Alexander Kleger is co-authored.

Lena Schütte received her bachelor’s degree in Pharmaceutical Chemistry at the Applied University of Cologne in 2017. She gained technical knowledge in cell culture by working half a year at the Federal Institute for Drug and Medical Devices. At the University of Freiburg, she finished her Master in Pharmaceutical Science in 2020. Since July 2020, she is part of the Pancreatic Cancer group and responsible for the isolation and cultivation of patient-derived organoids from pancreas ductal adenocarcinoma as well as for the Laboratory Management

Dharini Srinivasan has been specialised in the field of Molecular biology. She obtained her M.Sc in
Molecular Life Sciences from Friedrich Schiller Universität Jena, Germany. She graduated in March
2020 with a Master thesis on investigating the role of IQGAP1 and Galectin3 in muscle stem cell
function and aging performed at the Leibniz institute of aging in Jena. She joined the working group
of Prof. Dr. Alexander Kleger under the HEIST (Heterogeneity and Evolution in Solid tumours)
program in October 2020 as a member of the International graduate school of molecular medicine
(IGradU) at the University of Ulm. Her research focus will be to analyse the early events of pancreatic
cancer initiation and evolution.

Alica Beutel has been trained as a MD and graduated in 2015. Since 2018 she is working as a resident in the Department of Internal Medicine 1 with a particular interest in gastrointestinal cancer. As a clinician scientist she focuses on patient-derived pancreatic cancer organoids as a preclinical model for drug response prediction as well as on therapeutic strategies in DNA damage repair deficient pancreatic cancer.

Anna Härle obtained her M.Sc. in Molecular Medicine from Ulm University with an additional specialization in the field of Molecular Oncology. She graduated in December 2021 with her Master’s thesis focusing on investigating metabolic reprogramming in ATM deficient PDAC performed in Prof. Dr. Alexander Klegers’ working group. She continued her studies in February 2022 when she joined the group as a PhD student. Besides further deciphering metabolic pathways in PDAC she will enlarge her interest in PDAC epigenetic regulations.

Pancreatic ductal adenocarcinoma (PDAC) has still a dismal prognosis despite intensive efforts in basic and translational research. Recent predictions suggest that PDAC will surpass colorectal and breast cancer to rank as second most common cause of cancer-related deaths in the western world by 2030. There is broad genetic heterogeneity in PDAC with a handful of driver mutations such as KRAS and TP53 and a plethora of passenger mutations, the latter defining several subtypes. In our group, we are focusing our study on one of the PDAC subgroups called the “unstable subtype ” which is associated with mutations in genes involved in DNA Repair and cell cycle regulation including ATM and BRCA2.

Notably, ATM is mutated in up to 10% of human PDAC. To study how ATM contributed to the aetiology and progression of PDAC, we generated a mouse model LSL-KrasG12D, AtmF/F, Ptf1a-Cre+/- ("AKC"). These mice rapidly developed PDAC, displaying increased mitotic defects and recurrent genomic rearrangements, altered TGFb superfamily signaling and enhanced epithelial-to-mesenchymal transition (EMT) reminiscent of human PDAC. Interestingly, we found that ATM-deficiency sensitizes in vitro PDAC to many clinical drugs including g-irradiation, PARP and ATR inhibitors. However, in vivo only the combination of these inhibitors with Gemcitabine shows significant effects on tumour growth and survival.

Altogether, we created a mouse model of ATM-deficient PDAC and used it to identify combination of drugs with in vivo potent effects on ATM-deficient PDAC growth and survival. This study opened new perspectives of treatment of PDAC patients exhibiting ATM mutations but also to non-mutated ones considering the current development of very potent ATM inhibitors. We are continuing this work by performing intensive synergic lethality screens to increase the spectrum of drugs efficient against ATM-deficient PDAC. 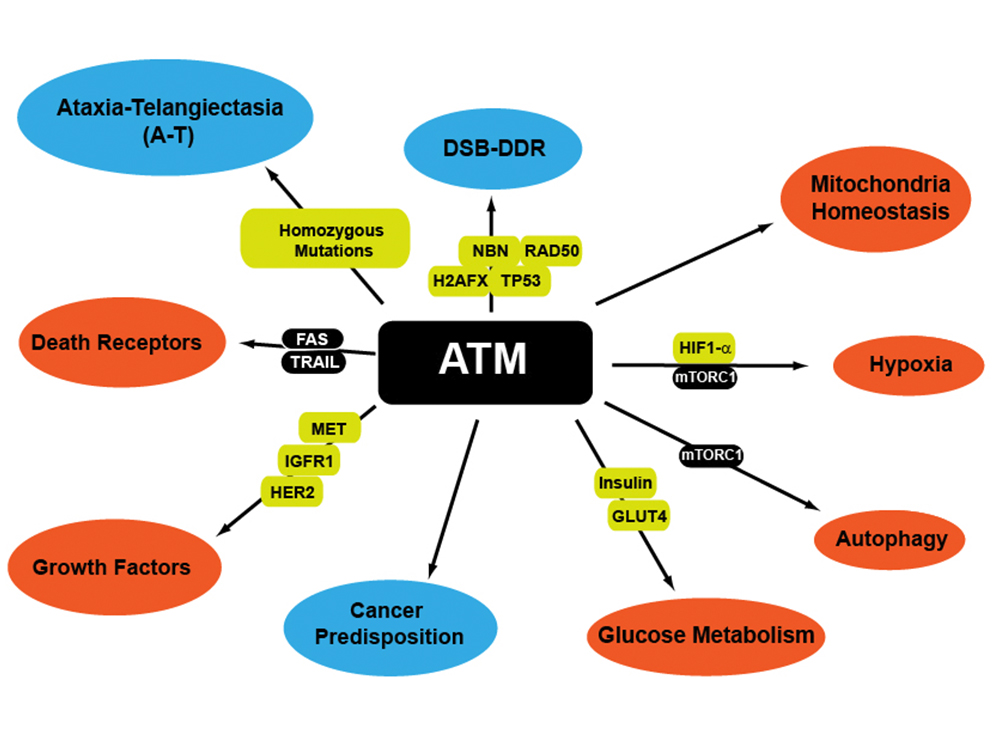 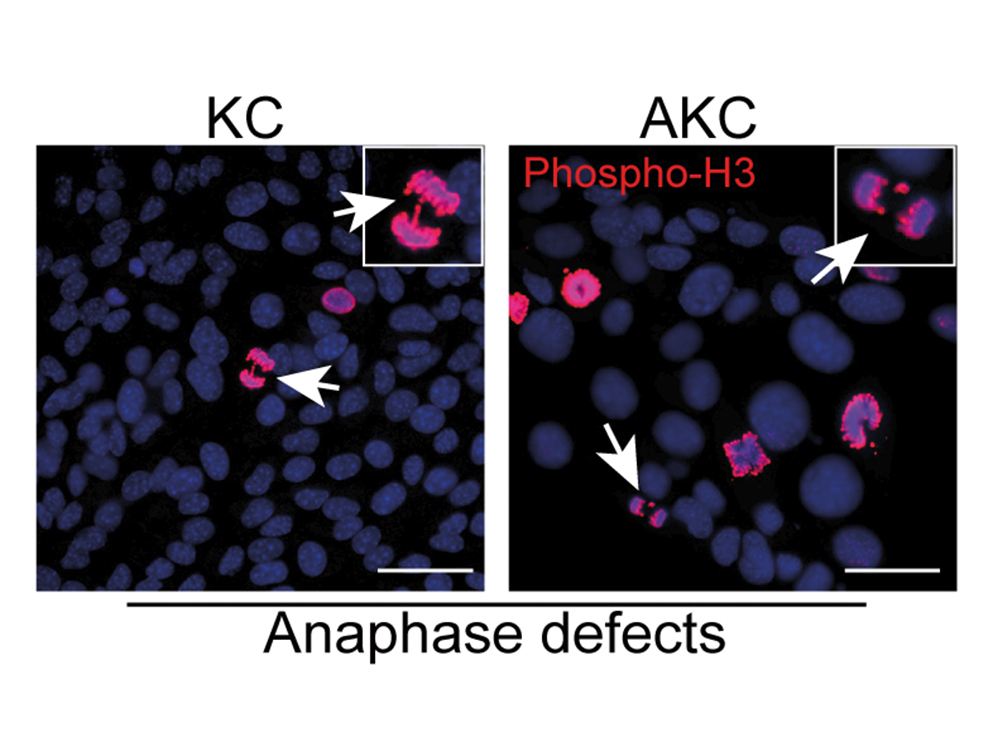 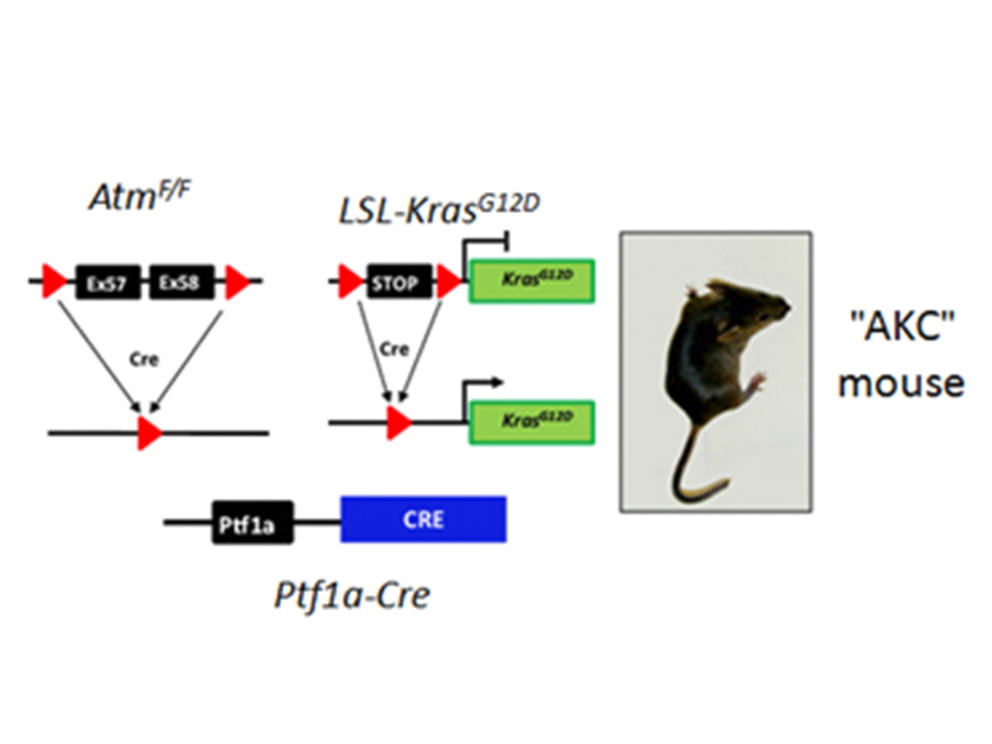 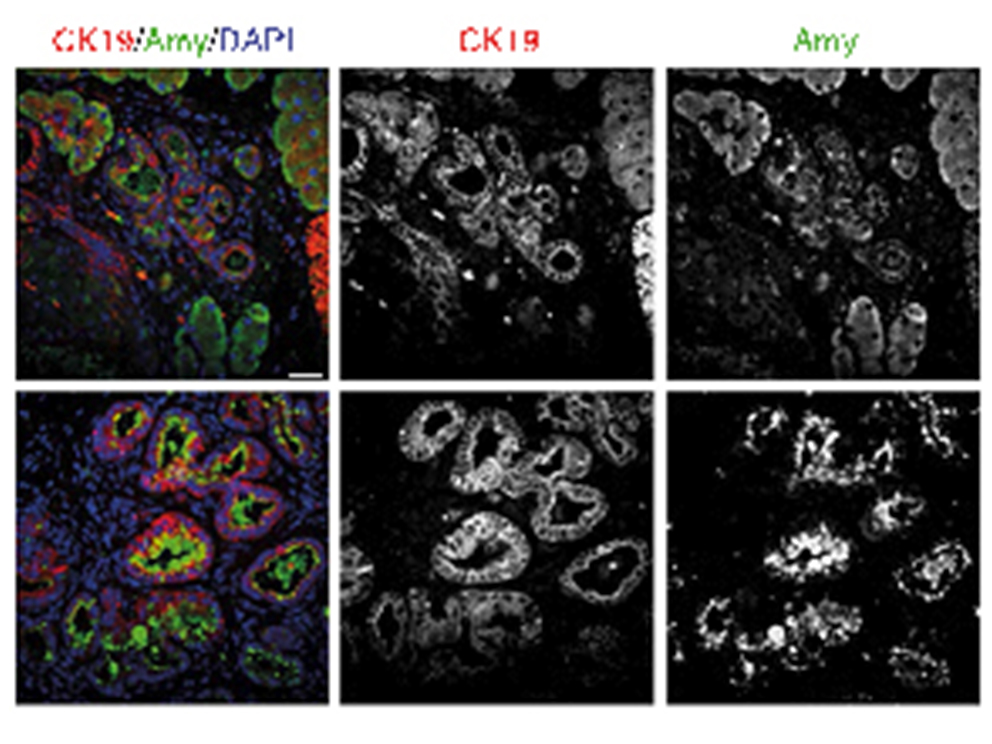 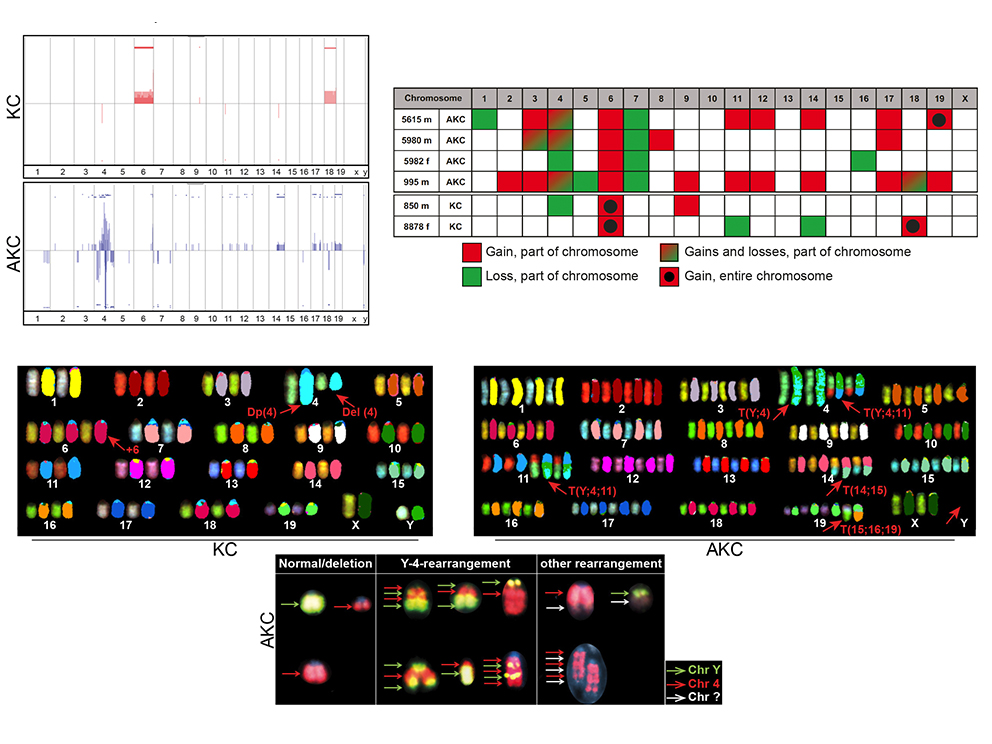 To characterize more in detail the mechanisms of RINT1 regulation and to ultimately identify RINT1-dependent pathways that could be targeted in PDAC, we performed an extensive interaction study through yeast-two hybrid assay and mass spectrometry. We discovered hundreds of new RINT1-interaction partners including E3 ligases and kinases enriching the RINT1 functional network and allowing a better understanding of RINT1 biological function.

In addition, we identified several post-translational modifications including ubiquitination and sumoylation and we demonstrated that ubiquitination is a key regulator of RINT1 stability and biological function. Altogether, we identified a key role of RINT1 in PDAC homeostasis and found multiple RINT1-post-translational modifications and protein-protein interactions partners that could be targeted in novel therapeutic approaches. 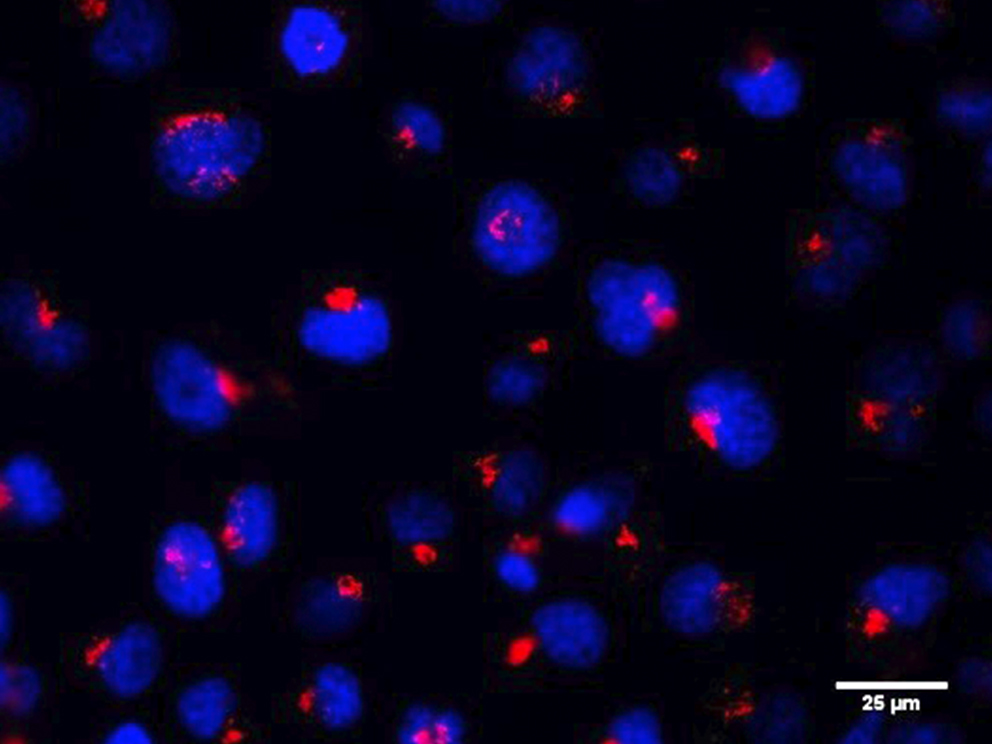 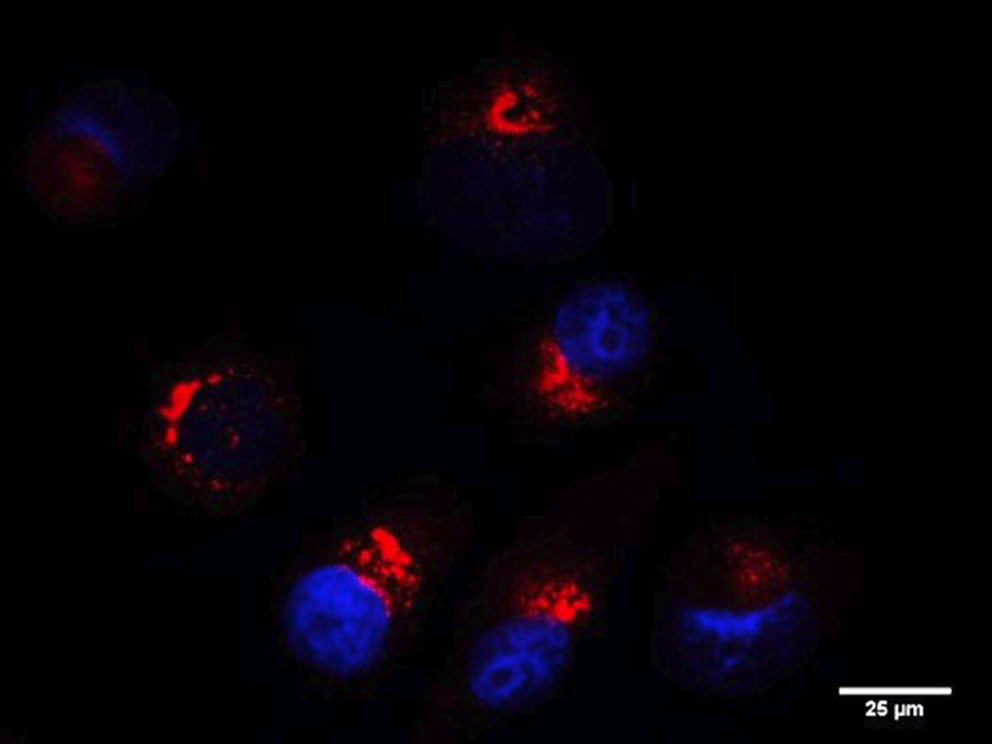 Classical 2D cell models allow only limited conclusions. Organoid models may overcome most of these hurdles due to a series of advantages above current systems. The capability to provide a three-dimensional (3D) structure closely mimicking complex organs offers several advantages: (i) organoids are highly expandable, (ii) can be derived from virtually every tissue, (iii) can recapitulate transformation, and (iv) undergo successful transplantation.

However, such adult organoids have a limited take rate upon biopsies and are strongly dependent on a set of highly expensive growth factors. We are deriving primary human pancreatic cancer organoids from disease patients to envision in the future an in vitro drug testing platform in real-time having the capacity to guide clinical decision making. 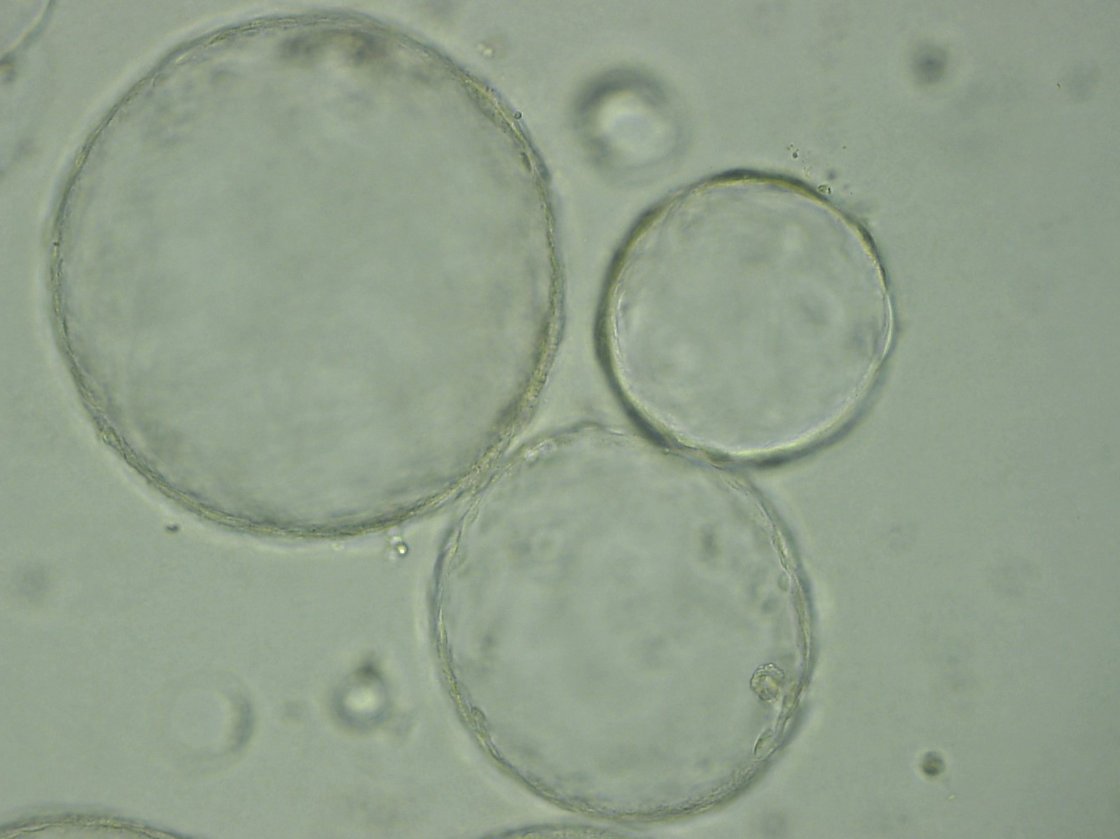